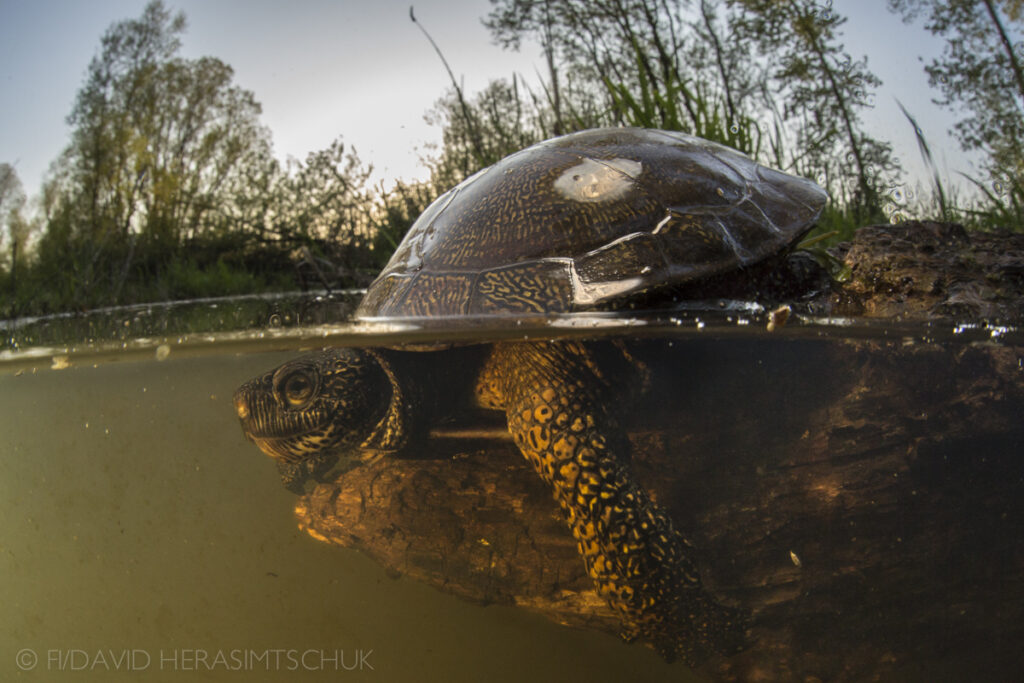 Naturalist Lisa Millbank has been working for Greenbelt this summer conducting nest surveys for Western pond turtles. These shy creatures of wetlands, sloughs, streams and ponds are on the decline and Greenbelt is among the many organizations in Oregon and Washington working to identify and restore the habitat they need to make a comeback. We asked Lisa to share some of her knowledge about the turtles and her experience searching for their nests.

Life’s not easy for western pond turtle eggs and hatchlings.  Female turtles dig nests into sandy or gravelly soil, but turtle eggs are a feast for striped skunks, coyotes, raccoons and other native predators capable of sniffing out and digging up the nests.  When the quarter-sized hatchlings emerge from the surviving nests, they must evade more predators like otters, herons and mink.

Western pond turtles evolved alongside these native predators, but now they contend with an array of new problems.  Bullfrogs and bass are introduced predators that eat young turtles.  Western pond turtles must compete with introduced red-eared sliders from the southeastern US.  As they walk slowly over land to disperse to new places or to find nesting sites, they are killed by cars.  Agricultural practices can destroy nests or eliminate nesting habitat, and dense stands of invasive plants can smother the sunny, open places turtles need for nesting. 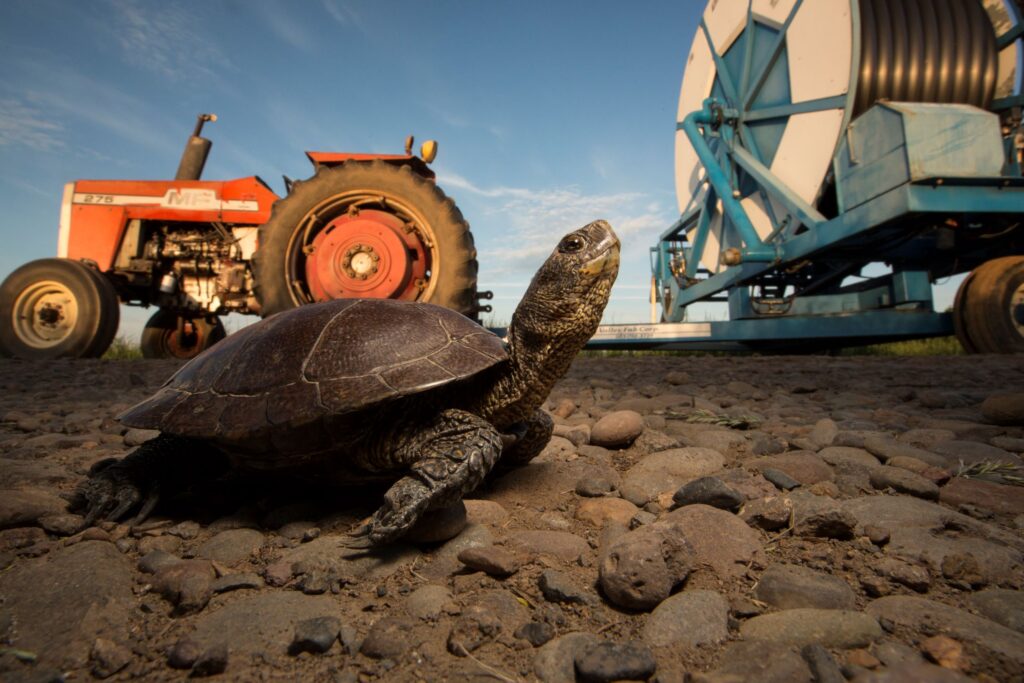 And as if those problems weren’t enough, recently, a novel fungal pathogen was isolated from ulcerative lesions on western pond turtles’ shells.  Western pond turtle populations have disappeared entirely from many sites and have declined overall, and the species is now considered critically sensitive by the Oregon Natural Heritage Program. In Washington, they are listed as endangered, with only six remaining populations. 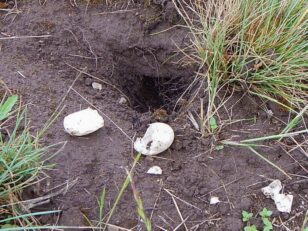 Greenbelt Land Trust has three properties with known populations of western pond turtles:  Little Willamette, Harkens Lake and Horseshoe Lake.  All three sites have undergone nest monitoring for three years so that nesting sites can be identified, preserved, enhanced or created.  More than 60 nests have been identified, most of which had been dug up by predators.  The broken eggshells left behind can be used to identify the turtle species, so the number of native western pond turtle nests vs. introduced red-eared slider nests can be estimated.  Our other imperiled native turtle species, the western painted turtle, hasn’t been found at these sites. 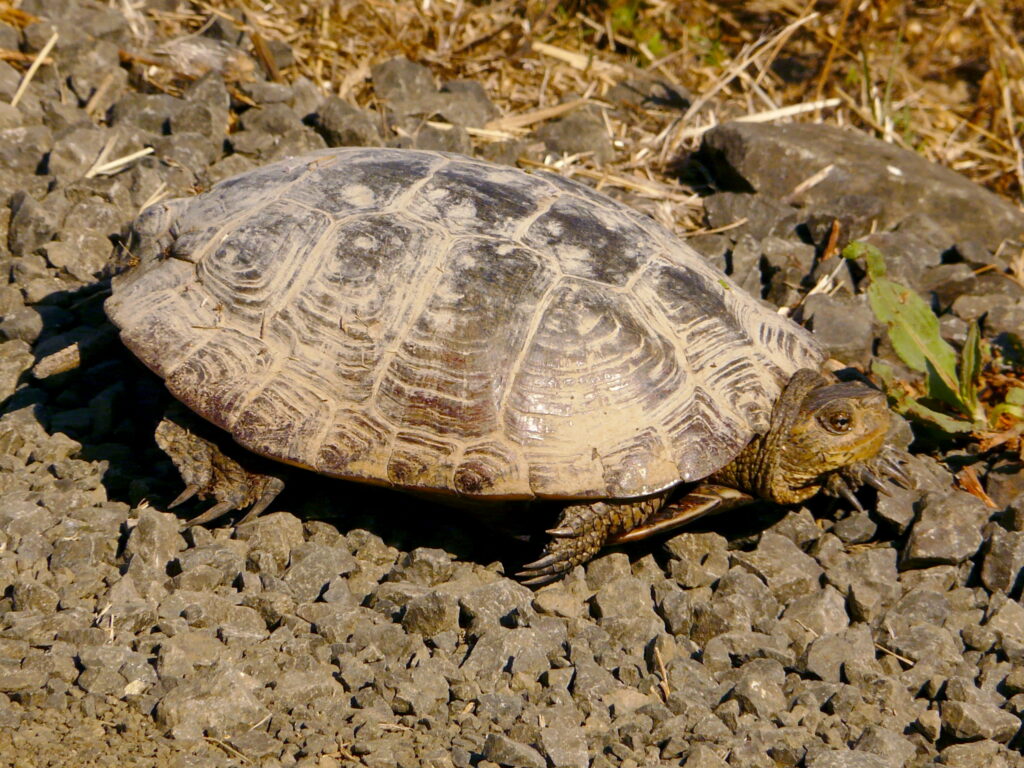 In the 3-year monitoring period, about 75% of the identifiable nests were western pond turtle nests.  There are quite a few nests that can’t be identified, either because the nest is intact, (we don’t dig up the eggs to identify them) or the predator that dug up the nest didn’t leave any eggshells.  We don’t know for sure, but it may be that coyotes are the ones who gobble down eggs, shell and all, so that no identifiable shell pieces remain.

The Oregon Department of Fish and Wildlife, Washington Department of Fish and Wildlife and Bonneville Power Administration have promoted and funded restoration and protection of nesting habitat, as well as a captive rearing program at the Oregon Zoo which has had success rearing and releasing turtles into suitable protected habitat.  Turtle nest monitoring on Greenbelt properties provides some of the information we need to plan for enhancing specific areas of turtle nesting habitat, and we are beginning to plan for this process.

Want to learn more, and find out how you can help? The Oregon Native Turtle Working Group  would love to hear from you! 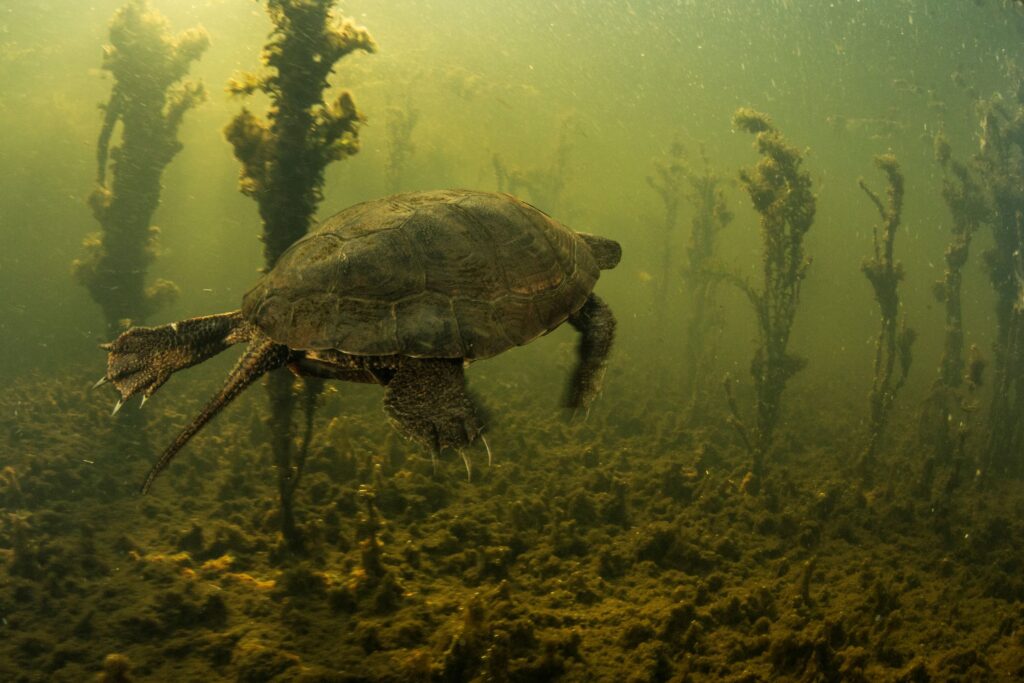 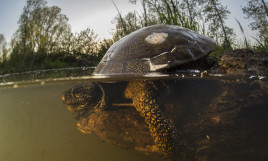