We’re here because of you.

“From the top of Bald Hill, the green fields, shining rivers and wooded ridgelines around Corvallis and Philomath unfold before the eye like a living map. That was the place Charlie Ross used to take people when he wanted them to see what he saw: A vision of the future where urban dwellers could walk out their doors and step into natural open spaces that would surround their communities like jewels on an emerald necklace. Today much of that vision has come to pass, in large part due to the efforts of Ross and the organization he helped create …” —Bennett Hall, Corvallis Gazette-Times

Before Greenbelt Land Trust was actually founded as a nonprofit organization in 1989, dedicated community citizens (led by founders Charlie Ross and Meg Campbell) established partnerships with landowners, Benton County, and the City of Corvallis, to begin strategizing on collaborative plans for land protection in Benton County. These collaborations led to the Chip Ross Park system (1979) and the first acquisition by Greenbelt Land Trust at Bald Hill Natural Area in 1990.

Under the leadership of a dedicated Board of Directors, Greenbelt Land Trust quickly grew within its first decade, accomplishing renowned community projects including the protection of Fitton Green Natural Area (named after founder Elsie Fitton Ross). With the hire of the first full-time Staff member in 1996, the Trust moved from meeting in living rooms and kitchens to dedicated office space near downtown Corvallis. In 2000 Greenbelt Land Trust lent its support to run an Open Space Bond Measure in Corvallis, which culminated in the permanent protection of 5 key properties for our community.

This was a time of incredible growth for Greenbelt Land Trust, resulting in the acquisition of Owens Farm through an unprecedented community campaign, and the permanent protection of a key upland prairie site at Lupine Meadows. In 2007 the organization had grown to three staff members and decided to apply for national land trust accreditation, a rigorous organizational evaluation. Simultaneous to the accreditation process the Trust also committed itself to updating and re-visioning its Strategic and Conservation Plans. The process of creating these new guiding documents allowed the Trust to work closely with our community and partners, and ultimately led to the organization’s expansion to a four-County area throughout the mid-Willamette Valley. Upon receiving the good news that we had achieved Accreditation, the Trust also celebrated the completion of a major conservation easement on Lone Star Ranch.

With a staff of nine, Greenbelt Land Trust has evolved into a professional leader in state and regional conservation. Having developed close relationships with funders and our community, the last five years have witnessed an unprecedented growth curve for the organization. Major acquisitions include a suite of Willamette River floodplain properties (Little Willamette, Willamette Bluffs, Horseshoe Lake, and Harkens Lake) a prairie and wetland acquisition along Evergreen Creek and the incredible purchase of Bald Hill Farm in 2013 after a momentous three-year campaign to purchase the property. This 587-acre property is a flagship landscape for Greenbelt and for everyone in our community. Learn more about our work along the Willamette River or Bald Hill Farm. 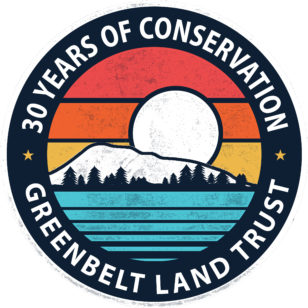 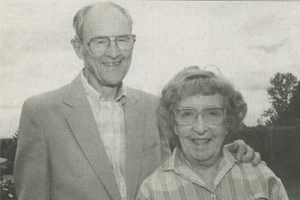 "We support the greenbelt concept because it provides a happier way to live in cities large or small. Corvallis and Philomath are blessed with a most interesting and varied physical setting. Every dictate of reason and desire tells us to retain some of the green fields and wooded hills where we can see them daily and reach them easily. Walking the footpaths and wooded trails of the greenbelt would become our most popular recreation, and a passionate pursuit for many. The healing hand of Nature would lift the spirits of those burdened by the loneliness and disappointments of life. Everyone would enjoy a greenbelt, and none more than our myriad successors destined to trod its trails far into the future.

Elsie and I believe that Nature is the greatest comfort of life. Friends and books are priceless comforts, too, but friends are not always at hand, and much reading may become tiresome. Nature is never tiresome, and is always at hand. The landscape is the living image of Nature.

Therefore, Elsie and I wish for Corvallis and Philomath an ample, permanent greenbelt that grows as population grows, a greenbelt that does more than assure ‘livability’, but makes life here exciting and its future optimistic; a greenbelt that injects vibrancy into city life, provides stability for investments and immunizes against downtown decay.

Success hinges on the actions of this generation. The time is now for townspeople to accord the greenbelt purpose a special place in their charitable giving. Our family and others have been doing this for 10 years and longer.

We need to remind ourselves that “In the beauty of the land lies the dream of the future.” We are challenges to keep that dream alive, and it may be Now or Never."