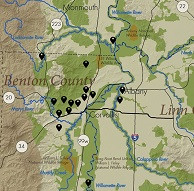 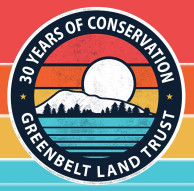 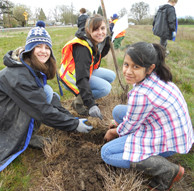 This is our backyard

This is our backyard

Greenbelt Land Trust protects the places that are
most important to you today, before they are lost tomorrow ...

learn more about what we do! 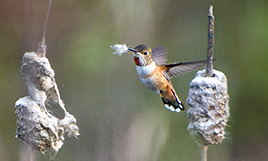 We are in this together. You are invited to learn more about how Greenbelt Land Trust is stepping up at this time to support our community, staff, and lands. Read more...

Did you know that you can leave a lasting impact for generations to come? Ways in which Greenbelt, your family, and our natural areas benefit at the same time? Read more...

Give Back to Trails

Give Back to Trails

Please consider giving back to the trails that have given us so much! Your donation to the Trails Fund during the month of June can be matched. For the trails...

Music on the Land – Jessica Billey

Although it is canceled for this year, we hope to see you all in person for Symphony on the Land in 2021, and in the meantime we are bringing you Music on the Land - local musicians performing live in beautiful settings.   Kick off your weekend with a live performance by violinist Read more...

**Event Filled** Join Greenbelt and builder Alan Ayres to tour the in-progress construction of The Confluence building. Learn about the use of sustainable, local materials and energy efficient design in the future home of Greenbelt and conservation partners in Downtown Corvallis. Space will be l Read more...

Although it is canceled for this year, we hope to see you all in person for Symphony on the Land in 2021, and in the meantime we are bringing you Music on the Land - local musicians performing live in beautiful settings.   Join us for a live performance by cellist Anne Ridlingt Read more...

We are counting our turtle eggs after they are hatched. But why?

Read the blog and find out:
greenbeltlandtrust.org/egg-hunt/

Want to make sure you never miss another turtle alert? Come out of your shell and sign up for our eNews here:
greenbeltlandtrust.org/get-involved/eupdates-sign-up/

Widespread in western North America, east at least across the Prairie Provinces, and south to California and Arizona.

A large clearwing borer moth (wingspan about 3 cm). The body is bright yellow banded with black. The wings are unscaled and translucent except for the fringes and veins, which are lined with brown scales.. A near perfect mimic of yellow-jacket wasps. Unmistakable.

It is found associated with mature poplars and willows. The larvae are borers in the stems and roots of the hosts. The life-cycle requires two years to complete, with the moth overwintering twice in the larval stage. They pupate in the spring of the third year, and emerge shortly thereafter. The adults are diurnal, but are rarely seen.

The larval host is species of poplar, and to a lesser extent willows. They appear to prefer stressed of damaged host trees.
😎
An incredible example of mimicry in insects. But will hype about so-called “murder hornets” help or hinder this species? No such thing as a “murder” hornet, just a species with inherent value trying to get by!

Very interesting! Thanks for the photo and info!

👀
There have been some interesting news stories about insects in the Pacific Northwest this year.

For #wildlifewednesday this week we’ve got a mystery guest for you to identify.

Observed this week at Bryant Park in Albany. What do you think it is?

Check in tomorrow for a follow up post and the answer!
👀
...
...
#entomology
#insectsofinstagram
#albanyoregon ... See MoreSee Less

👀 There have been some interesting news stories

🌼 If you've been to Bald Hill Farm recently, or

🧨🥁🎧 Sound way up! Are you a Beaver Believ

🌞🌞🌞 Even the cold-blooded can get too hot

Proud to be a partner in this cross-cultural educa

🌳 Greenbelt’s founders had a vision of protec

We are proud to partner with Meyer Memorial Trust,